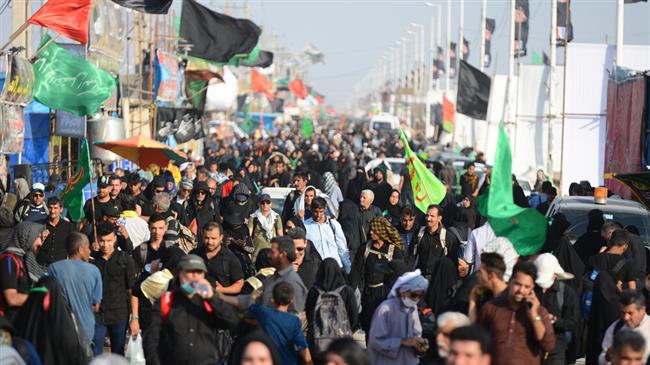 Navideshahed - deputy chief of operations for Iran’s police force Hossein Sajedi-Nia said the pilgrims have entered Iraq during the past two weeks.

About three million Iranians have registered for the rally on Iran’s SAMAH automation system, a legal process which does away with the need to get an Iraqi visa, Iran’s Central Arbae’een Committee said.

Iranian authorities have predicted that more than three million mourners will take part in this year's rally, topping numbers in previous years.

Thousands of non-Iranian pilgrims have also entered Iran, joining the trek for Karbala.

The foreign pilgrims come mostly from Iran’s neighboring countries, such as Pakistan, Afghanistan, Azerbaijan and Turkey. 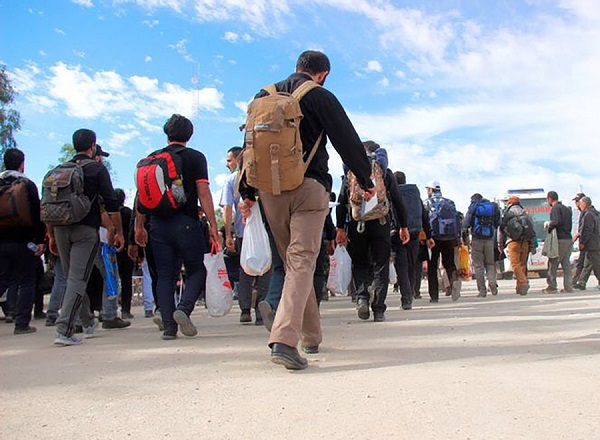 The reports come as millions from Iraq and around the world travel to the holy Iraqi cities of Najaf and Karbala to attend Arba'een.

The gathering is known to attract about 20 million participants every year. This year’s Arba’een falls on October 19.

The event marks the 40th day after the anniversary of the martyrdom of the third Shia Imam, Hussein ibn Ali (AS).

Imam Hussein (AS) was martyred along with dozens of his companions during a laststand battle against the tyrant of the time, Yazid I, more than thirteen centuries ago.

The martyrdom of Imam Hussein (AS) has turned into a symbol of righteous revolt and social and political reform.

Imam Hussein (AS) is consequently a highly-venerated figure not only among Shia Muslims but also among Sunnis and people of other faiths.