Navideshahed – 8th of shahrivar (the lunar date) is the martyrdom anniversary of "Dr. Mohammad Javad Bahonar". Here is a narration by "Zahra Einakian" martyr Bahonar's wife that we will read:

We got familiar with each other on behalf of his sister. At first I did not know him very well, I knew that he was a clergy, educated man and writer. They came to our house with his mother, finally we got married in 1965. Our marriage was very simple and low – cost. As he joined the ministry of education. Most of the time he tried to work on the books of the students. 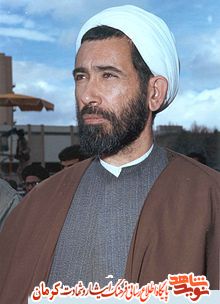 I asked him the reason … it is important for me that children became familiar with Prophet Muhammad (PBUH), martyr Bahonar said. He did whatever he could for the growth of the organization. One of his most important activities was making Refah School. Political activities were the main purpose of those schools. Martyr Bahonar was responsible for the cultural affairs.

Martyr Bahonar had a cultural character and he also was successful in this field. He endured many hardships during his campaigns. Most of the nights we found him sad and depressed after the meetings. I asked him about the reason … he started to speak with us … he spoke about his sister … Savak arrested his sister and kept her at the mortuary. They tried to tortured martyr Bahonar by these actions.

He had never gave up and stood against the crucial regime. He was the symbol patience. When he was elected as the prime minister our relatives congratulated us … why you congratulate us … The higher his rank, the closer he is to death, I said. Martyr Bahonar usually remembered me to visit martyr's families.