Martyr "Torkan" was the myth of the Armies

Navideshahed – here is an interview with the General "Mahmoud Salari" about the father of the Iran artillery, brigadier "Ahmad Torkan". He had a long – standing friendship with General Torkan and also called him as a "national hero" and spoke about his features.

I became familiar with Ahmad Torkan when we were at the primary training artillery in Isfahan in 1978. He was the military tactic professor. When he was selected as the commander of the 28 battalion, I was beside him at the "5th bait al moghadas" operation, Mahmoud Salari said.

Torkan was an experienced, placid and well – behaved commander. After his retirement, he visited the retirement club in Isfahan and searched for his friends issues, Mahmoud Salari added. 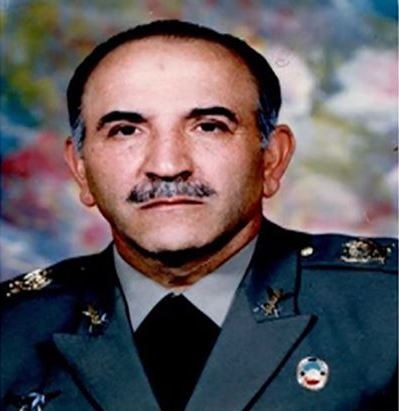 Amir Torkan was a great man who had left us. During the sacred defense he usually was worried about the country and the army forces. He was the hero of the army. General Torkan played an important role to downgrade the anti – revolution activists in Kurdistan before the beginning of the sacred defense. When He was the commander of artillery, he also had a vital role at the forefront, General Salari said.

He was selected as the commander of the artillery section two times which shows his genius and bravery. He could speak English very well and also was the professional translator and could transfer his military knowledge to others.

General Ahmad Torkan, the Father of Iran Artillery joined his martyrs friends 15/07/2019. Martyr Ahmad Torkan was the myth of the sacred defense.