The memories of a war Journalists published

The book "Nagra" which is written by Zohreh Mir Bagheri contains the memory of Majid Jeiran poor Khameneh, the war journalist. 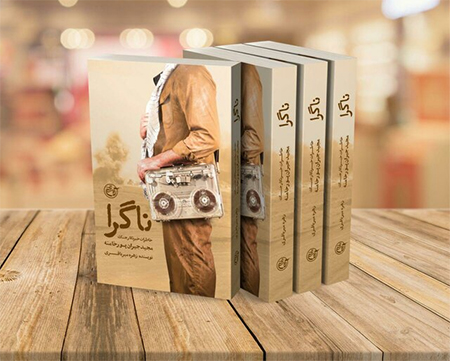 The book "Nagra" which is written by Zohreh Mir Bagheri contains the memory of Majid Jeiran poor Khameneh, the war journalist.

Navideshahed – the book "Nagra" was published by the Revayat e Fatth Publication. Majid Jeiran Poor Khameneh was too brave. He was under the rain of bullet war shooting, he recorded the events. He was the only person who could record the facts and the hard moments of the sacred defense. Sometimes those facts could not be record by the camera, he was Majid Jeiran Poor Khameneh who recorded the difficult times.

Now after those years, all the facts are gathered together and the book "Nagra" published by Zohreh Mir Bagheri…Majid Jeiran Poor Khameneh was the first journalist and reporter in the Islamic Revolution Guards Corps (IRGC). The book was published in 296 pages.