Official poster for the 37th Fajr Film Festival, which was sketched by Hamidreza Beidaqi, was unveiled in a ceremony on Friday. 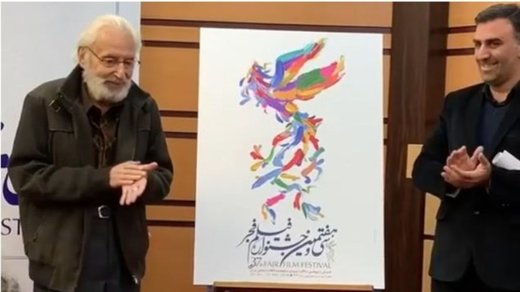 By the report of Navideshahed, Beidaqi is credited with designing the posters for the 27th and 36th editions of the prestigious festival, held each year in February to coincide with the anniversary of the victory of the 1979 Islamic Revolution, ifilmtv.com reported.

He had also outlined posters for the international category of the 34th and 35th editions of the Iranian film event.

This is not all, though. He has also worked internationally by designing posters for festivals such as 2018 Baku International Short Film Festival in Azerbaijan Republic.

The great maestro of Iranian cinema, Jamshid Mashayekhi, attended the ceremony to unveil the poster.

Since its establishment, the Fajr Film Festival has played a vital role in the development of Iranian cinema.