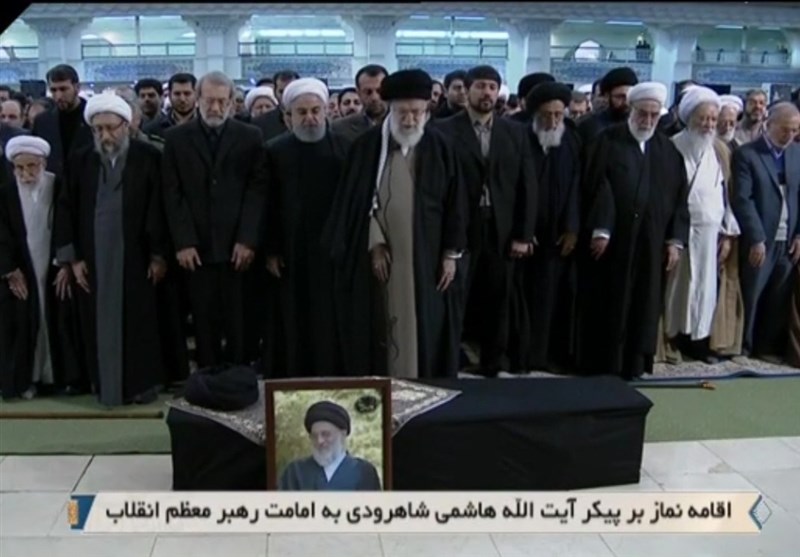 A large crowd of people, including top officials, attended the funeral of the prominent cleric at the Grand Musalla (prayer hall) of Tehran.

Wednesday has been declared a day of national mourning in Iran following the death of Ayatollah Hashemi Shahroudi.

The deceased will be laid to rest in the city of Qom.

Ayatollah Hashemi Shahroudi passed away at the age of 70 at a hospital in Tehran on Monday evening.

Born in 1948 in the Iraqi city of Najaf, Ayatollah Shahroudi held many posts after victory of the Islamic Revolution in 1979. He used to serve as the chief of Iran's Judiciary for ten years.

In a message of condolence, the Leader had described the late cleric as "a great scholar in the seminary of Qom and a loyal official with the most important organizations of the Islamic Republic, an influential member of the Guardian Council, and a successful leader in the Expediency Discernment Council.”