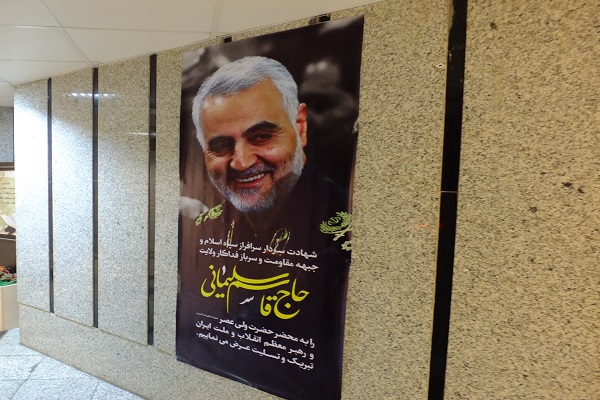 The program was organized in Tehran on Saturday with the participation of Quranic officials and figures.

General Soleimani, deputy commander of Iraq’s Popular Mobilization Units (PMU) Abu Mahdi al-Muhandis, and a number of their entourage were killed in the strike by American drones near Baghdad International Airport in the early hours of Friday.

The Pentagon said in a statement on Friday that President Donald Trump had ordered the US military to assassinate the top Iranian commander.

Iran has warned that "harsh revenge" is waiting for the US following the strike that killed the leader of the Quds Force.

A funeral procession was held for the martyrs in Iraq yesterday. The body of General Soleimani has arrived in Iran and funeral services will be held for him in Mashhad, Tehran and his hometown of Kerman
Tags:
martyrdom ، martyr ، soleimani
Subscribe to newsletter