130 Palestinians, including 25 children, injured by Israel amid Amnesty condemnation

Some 130 Palestinian protesters, including 25 children, have been injured by Israeli fire during anti-occupation protests at the Gaza border, according to the Gaza Health Ministry, amid Amnesty International's condemnation of Israel's newly proclaimed "zero tolerance" towards protesters. 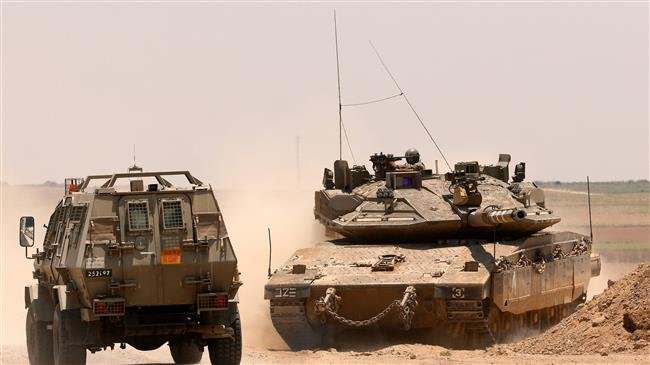 Navideshahed; Health Ministry spokesman Ashraf al-Qidra announced that four medics and journalists have also been wounded, one critically, as a result of the Israeli violence on Friday. Earlier today, Amnesty published a statement warning of the proclaimed Israeli "zero tolerance" policy against the border demonstration, fearing that it may "lead to more Palestinian deaths."
"There are serious fears that this policy will further sanction the use of deadly force against unarmed protesters during today’s demonstrations, and that Israeli forces will be given carte blanche authorization to carry out large-scale, unlawful killings escalating the bloodshed. Israel has repeatedly used lethal force unnecessarily and excessively against unarmed protesters in shameless violation of international law,” said Amnesty's Middle East and North Africa Deputy Director Saleh Higazi.

Following the Israeli announcement of an intensified crackdown, witnesses at the Friday protests reported the deployment of many armored vehicles.
PressTV-Israel steps up armored deployment near Gaza
The Israeli military has ramped up its armored forces around the Gaza Strip in order to curb weekly protests by Palestinians.

Tensions have been running high near the border fence since March 30, which marked the start of a series of protests dubbed "The Great March of Return.” Protesters have assembled along the fence every Friday ever-since, demanding the right of return for those driven out of their homeland at the hands of the Zionist regime.

The clashes in Gaza reached their peak on May 14, the eve of the 70th anniversary of Nakba Day, or the Day of Catastrophe, which coincided this year with Washington's relocation of the US embassy from Tel Aviv to occupied Jerusalem al-Quds.

More than 190 Palestinians have so far been killed and over 20,000 others wounded in the renewed Gaza clashes, according to the latest figures released by the Gaza Health Ministry.

Gaza has been under Israeli siege since June 2007, causing a decline in living standards as well as unprecedented unemployment and poverty. Israel has also launched several bloody military campaigns against the densely populated Strip, the last of which began in early July 2014 and ended in late August the same year, killing nearly 2,200 Palestinians and injuring over 11,100.
Tags:
martyrdom ، palestine ، zionist regime ، quds ، march of return ، navideshahed
Subscribe to newsletter